Menu
Get a free review

To explain the term vernacular content meaning is simple. It’s a speech variety used by the general population of a particular geographical territory every day.

India has slowly but finally joined the digital bandwagon. With schemes like ‘Digital India’ and the smartphone uprising, almost 95% of the Indians today have access to the internet. The reason behind this is simple -affordable smartphones and even more affordable data costs. But something is missing- content in a language they are familiar with. Their vernacular language!

The vernacular content market in India is largely untapped. India is home to 1.3 billion people. Out of which only 125 million are English speakers. The rest prefer their local language. This is inspiration enough for companies to adopt the vernacular and localized content requirements. Businesses and entrepreneurs have got the key to the path of success- going regional and localized.

A major section of internet users with a preference for vernacular content is new to the internet. They mostly hail from semi-urban/ rural India. As per estimates for 2021 by DataLabs By Inc42, in India, the market opportunity for the vernacular content community is at a whopping $53 Bn. The simple explanation for this being simplicity and accessibility.

With most of the consumers owning a smartphone, the need to present vernacular content outside the news and entertainment segment to digital classified ads, payment platforms, and e-commerce is the need of the hour. The vernacular content consumption in India would be very high, thus offering a lucrative market opportunity coupled with favorable market trends. This has resulted in a steep rise in investment into vernacular start-ups. Some companies who have already jumped on onto this bandwagon are –

On the demand side, social media, chat apps, digital entertainment, and online news are the most fruitful products in the vernacular content space. This can be proved with the KPMG report that states that an average Indian language user spends 530 minutes per week online. 328 minutes, that is 62% of this is spent on such applications. What’s more? Such a demand is not only for mainstream formats of text and video but also for audio content.

It goes without saying- people better enjoy a conversation and communication in their native language. There was a time when English was enough for attracting online audiences. Today they demand regional languages like Hindi, Telugu, Bengali, Tamil, etc. The future of this nascent sector is sure to explode with an exponential demand for regional language professionals.

Content marketing companies and digital marketers are now employing experienced localized authors who can create impact-worthy local content. A study stated that new-age companies are now looking out to employ people well in English and also a minimum of 1-2 regional languages.

So What’s Fuelling This Growth?

There is one simple answer to this- human curiosity. And the logic behind this is straight forward. A major section of these vernacular content community internet users is new to the internet. They want to catch up with the internet trend due to curiosity and also due to the fear of missing out (FOMO). And not being an English speaking and English understanding class, regional content is getting viral at an exponential rate.

Thanks to the increased smartphone penetration and affordable data the data consumption in India is expected to reach 17.5 GB a month in 2021 from the 3.5 GB per month in 2017. That’s a whopping 5x surge in just five years.

The way ahead has loads of challenges.

One – The need to sustain the current growth. For this need, it is required to increase the assortment of regional language content available. Not only the formats but also the need of introducing newer applications that support the vernacular content market in India.

Two- The persona of the two users-English internet users and vernacular content community is miles apart. A lot has to be done in the fields of understanding customer behavior with help from mapping tools and the use of AI/ML framework.

Three- Setting up of detailed policies and regulations on internet abuse in the form of online scams and misleading political campaigns, child pornography, data privacy, signing up not understandable users for, etc. are a major problem even global mainstream social media websites find difficult to put a tap on. Such issues are an even more complex challenge for smaller regional social media platforms.

Did you know that YouTube India home page can now be accessed in more than ten languages?

Facebook and Google are market leaders. They hold 80% of India’s digital advertising spending. They are very focussed on localization and now support languages like in Tamil, Hindi, Marathi, and Bengali.

Hindi, followed by Telugu has the highest reach in the Indian regional languages segment

New-age businesses like Tech Mahindra and Opera are great forerunners in the vernacular bandwagon. They have proved that targeting the masses individually gets fruitful results. Tech Mahindra has generated content in Hindi to be able to tap the untargeted millions of Indians. Opera too started generating content in different languages.

As per reports, vernacular content consumption in India has surpassed English language users. More than 60% of the viewership base is from outside the 6 large cities. And almost 95% of it is in a vernacular language.

‘Vernacular Is Now, Not The Future,

‘Vernacular is now, not the future,’ is a report published by RedSeer Consulting. It was conducted in 121 cities and towns. It had inputs from 2,400 Internet and 600 non-Internet users. The aim of this report was to understand the preferences and consumption preferences of English language vs vernacular language in the digital space. It stated that

The Vernacular content market in India can be categorized into 3 broad segments.

The Google KPMG report projects that the Indian internet user base would surge to 735 million by 2021, out of which 536 million would come from Indian language internet users. That is a little less than half of our total population.

While the CAGR of vernacular content is at 18%, the English users are expected to grow at only 3%. The findings of the report are very crystal clear- growth opportunities for brands are sure to be from the regional markets. And any company catering to these requirements is expected to see significant growth in the near future.

The report states that

These numbers already tell a story!

Vernacular content users have been an untapped segment in the past. The availability of regional content can boost internet growth by a gigantic 24%. This is the perfect time for a digital revolution. With more than 234 million vernacular content communities, this potential market should not be underestimated. While English was considered the most prevalent medium for content so far, recent trends fall in favor of the vernacular content market in India. The next 5 years would see 9 out of every 10 users preferring vernacular content over English. 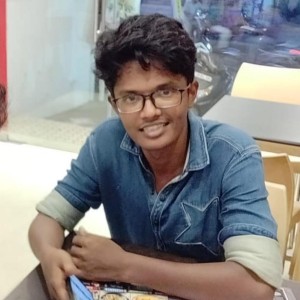 Is content marketing dead? | How long does it take 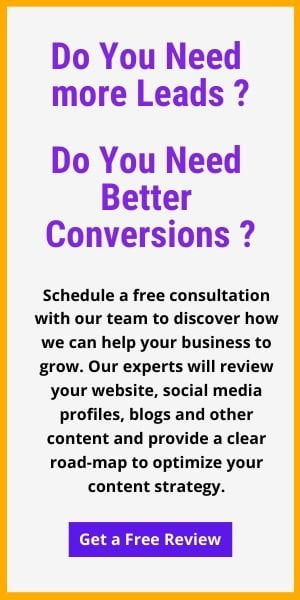 Is content marketing dead? | How long does it take

In the era of digital marketing, you speak to your target audience through your content. It is extremely important to

What makes quality content? You might say, relevance, structure, a powerful call to action, and other aspects.  What we often